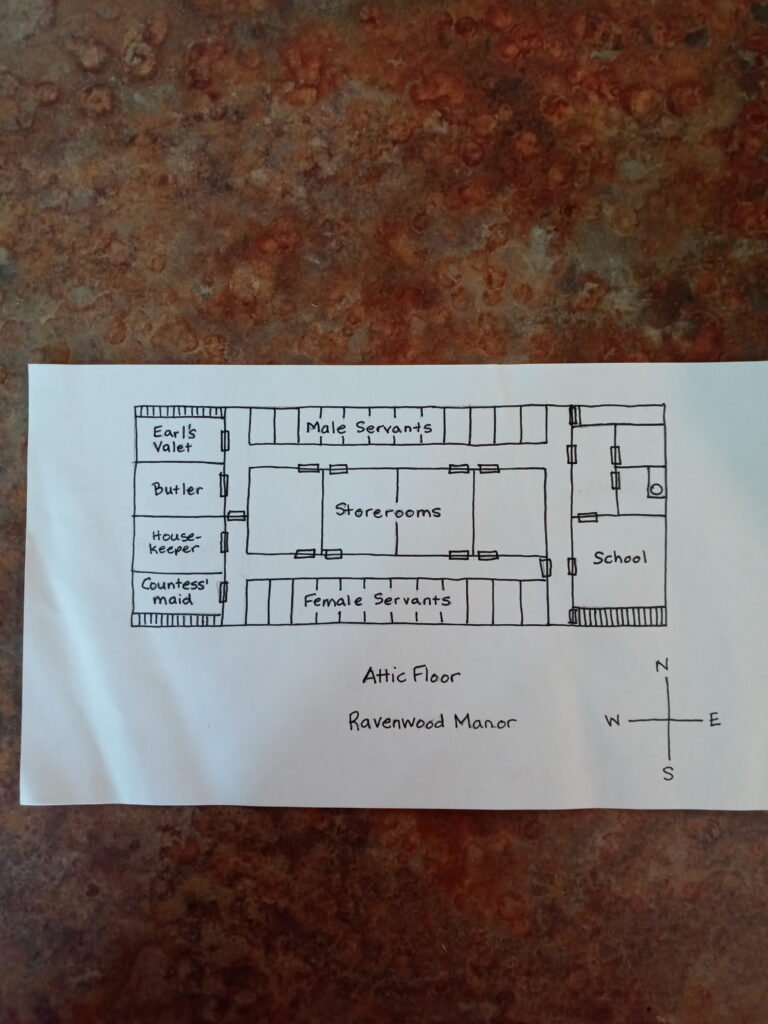 What kinds to expect in each story.

Trust in Love includes an exploration of increasing sexual intimacy within a marriage, lovely and slow-paced

This is the start of Thyme for Strength, a newsletter exclusive of the prequel to Invitation to Scandal.

Rosamund leaned against the windowsill, a thick slab of black walnut burnished to a high gloss by hundreds of travellers’ elbows and looked east. England was less than half a mile away, but the rise of the ground and a scrub of flowering trees hid it completely from view. It was early afternoon, and there was no reason they could not be back in the coach on the road south for several hours before nightfall, but she and Allan had agreed that their first night as man and wife would be here in Scotland.

So, she would not see England again until she was no longer a maid, but a woman in every sense.

Rosamund swallowed, and turned away from the view.

To a no less reassuring one, here inside the Queen’s Head Inn. Allan had bespoke them the largest room on offer, and it was clean and cozy enough with the fire crackling on the narrow hearth. But its main feature was one enormous bed and Rosamund could not help but view it with trepidation.

What had she got herself into?

It had been perhaps the most sedate elopement ever. Common sense dictated they not tell their parents, who would have raised all the same objections Allan had, and perhaps even more, for Rosamund was still ten months shy of her twenty-first birthday. But that discretion had not kept them a deux, for they had taken Allan’s valet, Rosamund’s maid, and even Allan’s housekeeper, a stout woman in her sixties, who could have been either of their grandmothers, she was so respectably dressed.

“I am not taking any chances with your reputation,” Allan had whispered to her, when she had protested at the slow pace that this entourage made necessary. With coachman, tiger, footmen, outriders, and servants, they were a party of eleven, divided between two coaches. It was more like a parade than an elopement, in Rosamund’s eye, but she had achieved her objective: she and Allan had been handfasted this afternoon, and were now, irretrievably, married: Mr. And Mrs. Allan Barre.

Six weeks before Fred and Johanna-

She would not think of that. Not tonight. It seemed disrespectful to Allan to be thinking of Fred on her wedding night.

Now that it was upon her, Rosamund was nervous, as four days driving up the length of England had not made her.

If Allan could have wedded and bedded her six days ago, she was sure her anger would still be at a full boil. Why, she probably would have torn Allan’s clothes off without even noticing. But this time to herself, why, it had her as nervous as a sparrow.

Not that she needed to be nervous.

Allan had even said they need not…consummate… until later. Back in London, in their own home, or even, if she wanted to wait until she was more comfortable with him…

He was more a gentleman than half of the name. Who cared if his grandfather was a warehouseman? Allan was as refined as if the bluest blood ran in his veins.

She looked at the pulsing beat of her own wrist.

His delicacy had left it to her to say no, she wanted him to share her chamber. He had blushed a streak of madder across his cheeks, his dark eyes glinting, and smiled his crooked smile at her.

And that had given her a fresh worry.

Elopement of necessity meant that she did not have her mother’s advice, and although Rosamund had not been in good humor with much of what her mother had said this past week, that did not mean she looked forward to proceeding without any knowledge beyond what schoolgirl whispers and her tentative kisses from Fred had imparted.

Excitement and fear made strange companions. She had only had a week to accustom herself to the idea that her affection must be turned toward Allan, and the ease with which they had done so was concerning. Of course, he was a handsome man, but what did it say of her, that he had awoken her timid passions?